A collection of my most notable open source and freelance projects.

Carbs Despite Quarantine is an online Cards Against Humanity clone that I developed during quarantine. To this day, over 1,000,000 people have visited the site. The project is open source on GitHub.

The front end is written with JQuery and vanilla HTML, and the site connects to a NodeJS/MySQL backend. Real-time multiplayer gameplay is facilitated using socket.io websockets, and at it's peak the site was scaled to handle over 10,000 connections at once.

Open Video is a mobile app I developed that offers similar functionality to the popular short-video app TikTok. It uses a Neo4J Graph Database to power a video-recommendation algorithm, and integrates with a number of Amazon Web Services to process and compress video uploads.

The backend is primarily written in Typescript with NodeJS, and the frontend is a Flutter app written in Dart. The app also makes use of platform-specific Java and Swift code to facilitate video recording and processing, and I made heavy use of the FFmpeg library to encode videos.

The app connects to an Apollo GraphQL API to communicate with the backend server, and a separate REST API is used to integrate with Google Sign-In and the Amazon Elastic Transcoder service. Additionally, I used WebSockets to implement a live chat feature.

Rock Bottom is an open-source 2D OpenGL resource collection game that I worked on between 2017 and 2019. The game was a collaborate effort between several other programmers, and I primarily worked on the gameplay and content development.

I also developed a seperate mod which added machinery and technology to the game. 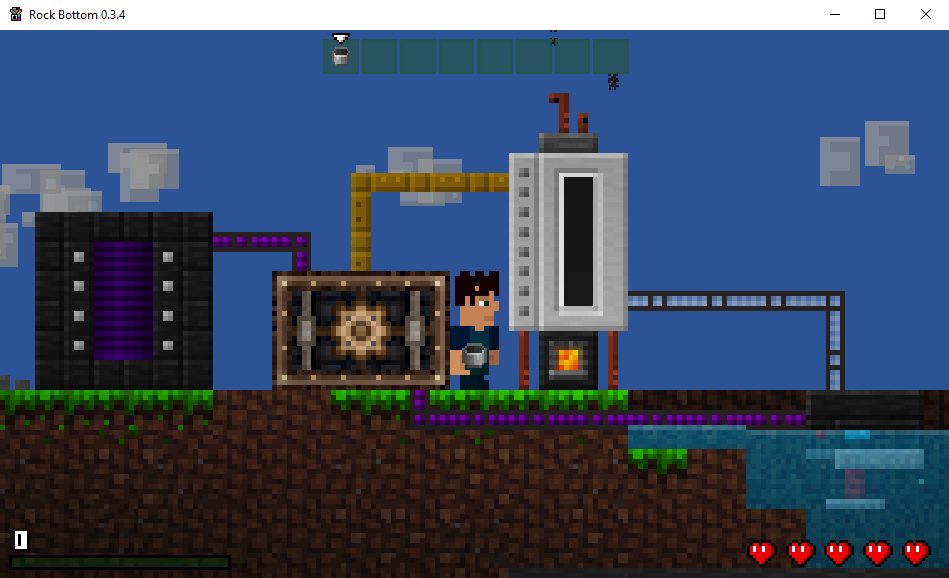 37 Questions is a social card game in which players take turn asking and answering questions. The game was hosted on AWS infrastructure and developed with a NodeJS/Redis/MySQL backend and a ReactJS frontend.

I spent some time between 2018 and 2020 developing a Cutscene API for Minecraft. I used advanced code injection techniques to modify the core aspects of Minecraft, partially converting the game into a 3D editing system that could be used to create cutscene videos.